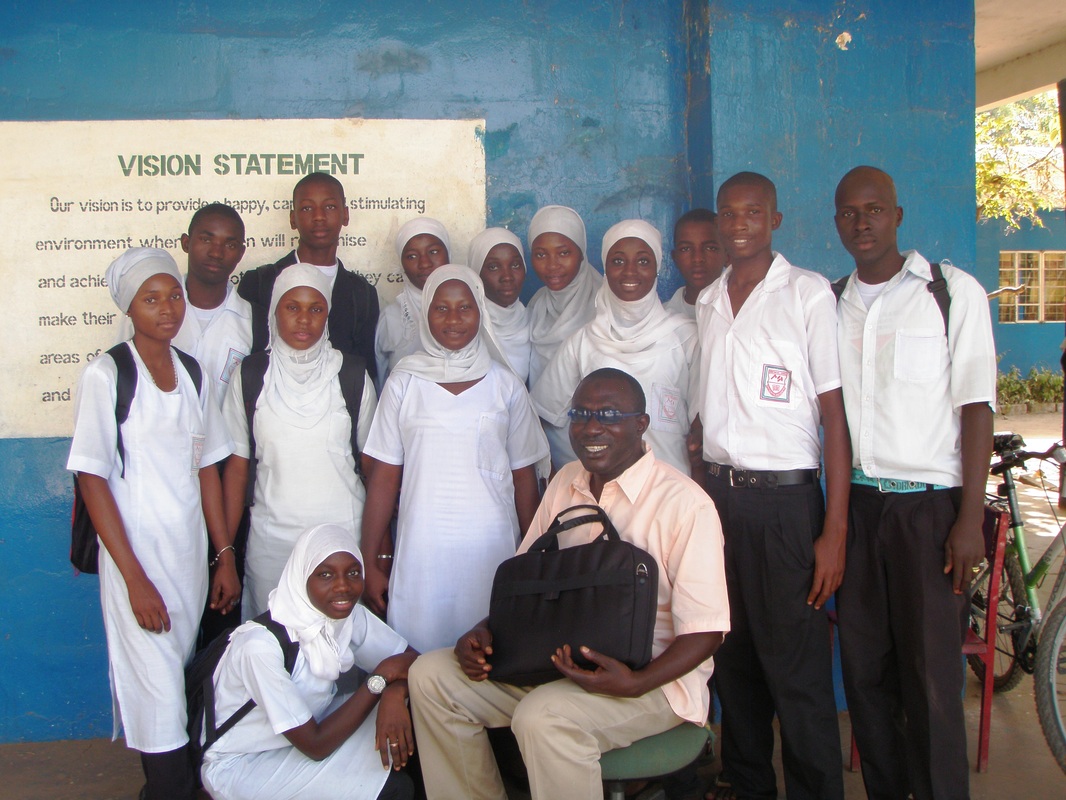 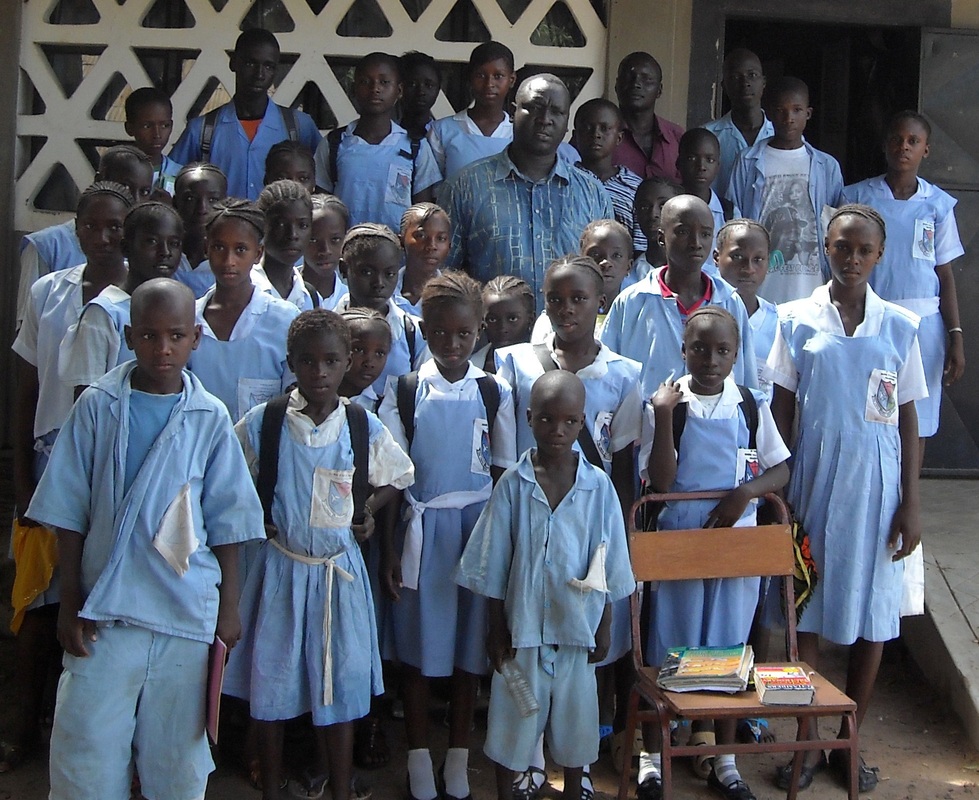 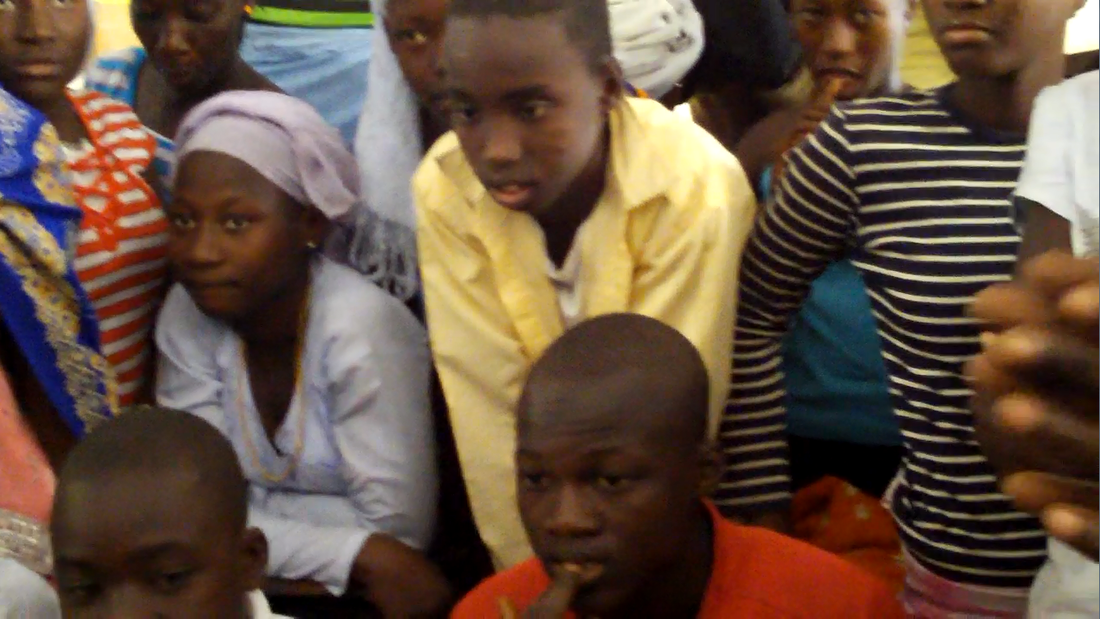 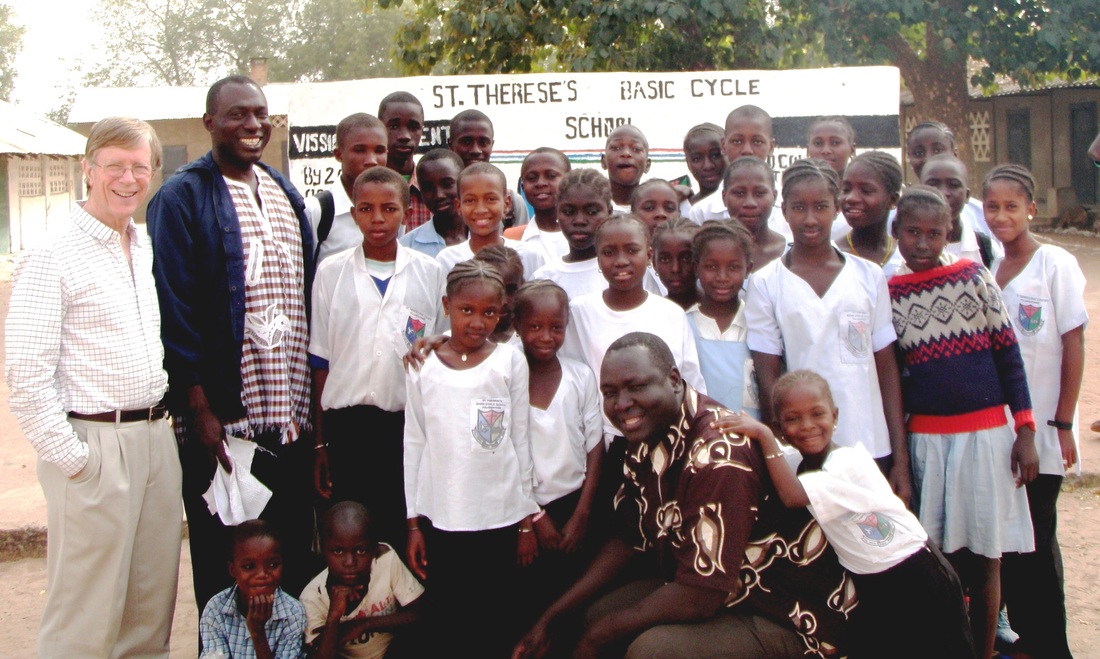 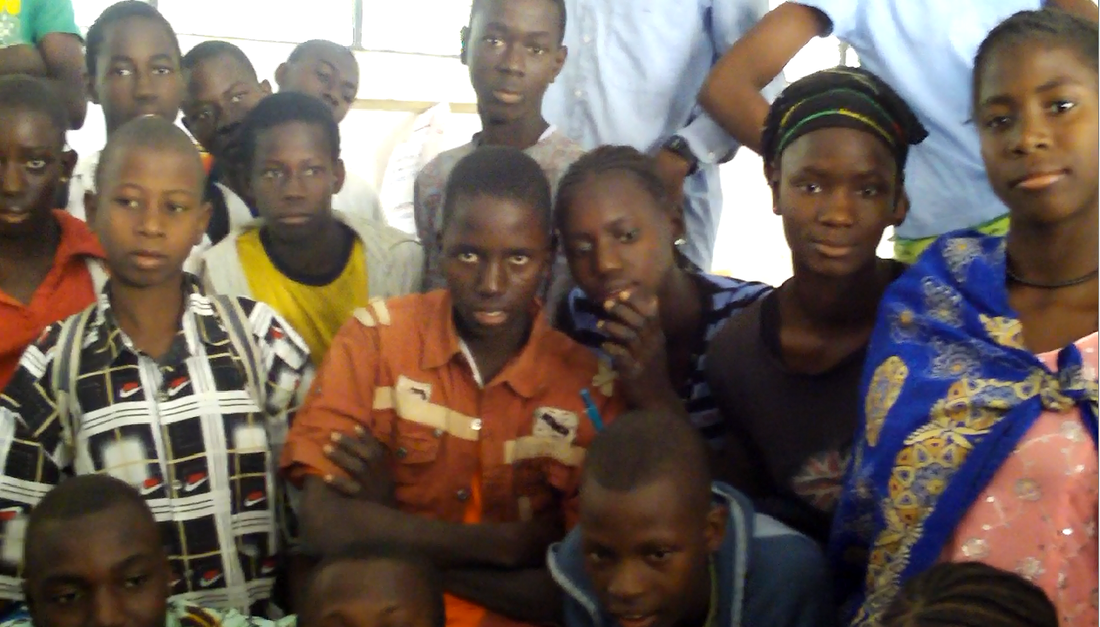 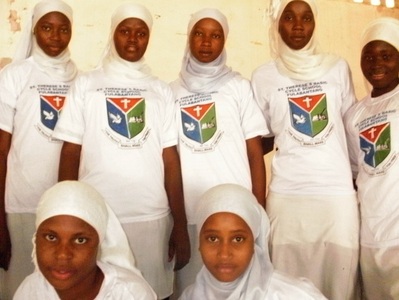 Armitage is the best high school in upcountry The Gambia.  GambiaRising is supporting 48 student from St. Therese's at Armitage.  33 of these are girls.  It is likely that none of these students would be in school today without the support of GambiaRising's donors. 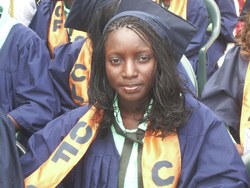 Jankey’s father was sent to jail when she was 11.  Her stepmother was paying her school fees until she  lost her job.  None of her relatives were willing or able to help.

A GambiaRising sponsor paid her fees so she could stay in school for her senior year and graduate with her classmates.

To see a short video of her at graduation, click here:  http://www.youtube.com/watch?v=X2FG3BGklnE 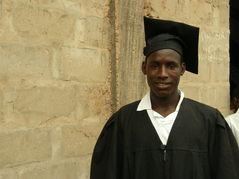 Basiru was sleeping on the floor of a friend's house when we met him in 2008.  His father, an imam, had kicked him out of the house and stopped paying his tuition because he wanted him to be working to help support the family.  After graduating from Charles Fowlis Sr. Secondary School, GambiaRising sponsors have supported him to study accounting at the Management Development Institute in Kanifing, where he was a star student and achieved his ACCA degree (the equivalent of an American CPA).  Now working as a free-lance accountant, Basiru is now helping support his grateful father (and mother). And he is paying for his younger sister's education! To see a video of Basiru talking about his studies at MDI, click here:  http://www.youtube.com/watch?v=1kH4buI6svI

Oumou moved from the chaos of Guinea Conakry to The Gambia where her brother, who had previously emigrated to The Gambia, was putting her through senior secondary school.  When her brother died in 2008, she could not pay the exam fees to complete 11th grade and was expelled from school.  Through a GambiaRising sponsor, the fees were paid, she was allowed to take the exams.  Oumou graduated in June, 2010 from Charles Fowlis Senior Secondary Schoolm then studied marketing at the Gambia Technical and Training Institute in Kanifing.  She is now an independent shopkeeper and businesswoman. To see a short early interview with Oumou, click here: http://www.youtube.com/watch?v=PQdPbLcwE44&feature=related 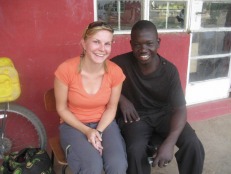 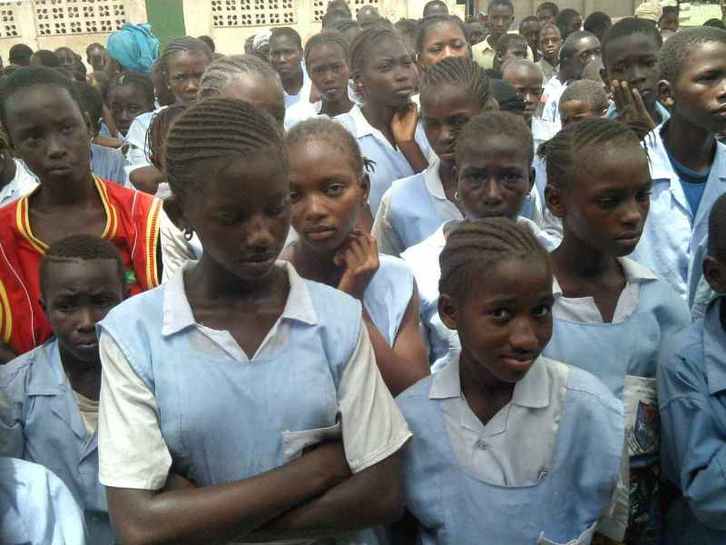 Fula Bantang is a village in the eastern part of The Gambia, in the Central River Region.  Many of the students sponsored by the GambiaRising program study for their first  nine years at Fula Gantang's Basic Cycle School, St. Therese's. 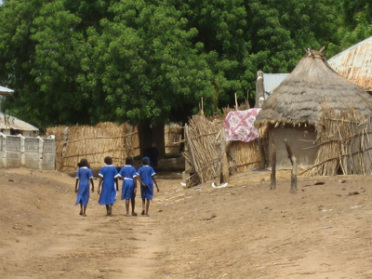 This photo, taken by a Peace Corps volunteer, is from a village on the north bank of the River Gambia.   These rural villages, whose residents are subsistence farmers, have community wells, no electricity, but schools are available for all, at least through 6th grade.

Schoolgirls under a baobob tree 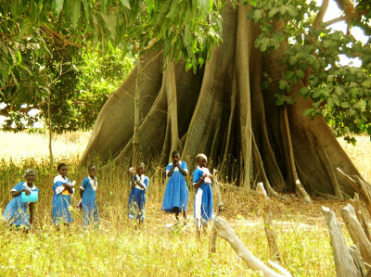 These schoolgirls are from a small village on the south bank, near the village of Mayork.  They are fortunate in that the Mayork senior secondary school is within less than an hour's walk of their village.

PHOTOS of THE GAMBIA