In 2020, the families and friends of two 13-year old Americans, Flora B. and Sebastian T., worked with GambiaRising and its Lower River Region Coordinator, Alieu Gaye, to raise funds so that the remote Gambian village of Brikamanding could build itself a two-room school house. The buildings were completed in time for the school's year's beginning and 50 children from age 3 to 14 enrolled in two grades, Early Childhood Development and 1st grade.   Four toilets and a kitchen were soon added.

That left two things incomplete: protective fencing for the school, which sits on the edge of the "bush", and housing for the three teachers who have been assigned to come to the village to teach.
When you build a school in a village at the end of the road, and that school is on the edge of the village, your "neighborhood" is going to be what Gambians call "the bush".  Every Gambian school is plagued with free-range goats, donkeys, and cattle, wandering in.  Some also get packs of wild dogs.  But if you are on the edge of the bush, you will also get baboons, snakes, and more.  At a minimum, you would like to have a wire fence to keep critters out, both at night, when no one is on premises, and during the day, when children are present.
The plan was simple: fence the school yard.  An additional benefit of fencing will be that the school can plant more trees and potentially a small vegetable garden, if free-ranging livestock can be prevented from entering.  (The school's ten young mango trees have already fallen victim to donkeys and cows, who ate them.)

​Housing for teachers in remote villages

Brikamanding has no electricity.  The Brikamanding school's three teachers, all young men, shared one room in the compound of one of the villagers. They slept on mattresses on the floor.  Nor surprisingly, every one of them asked for a transfer. The community's goal was to provide three rooms of permanent housing for these and for future teachers at the school.  As plans and budgets were being drawn up, head teacher Alieu Gaye received an appeal from the closest (and larger) school in Kuli Kunda. This school also had a desperate need for teachers' housing.  It had NINE teachers, and SEVEN OF THEM WERE WOMEN. "We should take care of them first," Alieu pleaded. We agreed.

Alieu went up the road to Kuli Kunda (where had taught the previous year). It is difficult to find motivated teachers willing to teach upcountry, so younger teachers get assigned to rural schools. There are more young women teachers these days, and grouping them makes sense. But some are married, and when their husbands visit and find them sharing a mattress in a village family compound, it doesn't motivate them to stay. So Alieu asked for a meeting at the Kuli Kunda School with the village elders. If he could find the funds for materials, would the men of the village build housing for the school's teachers? They agreed. 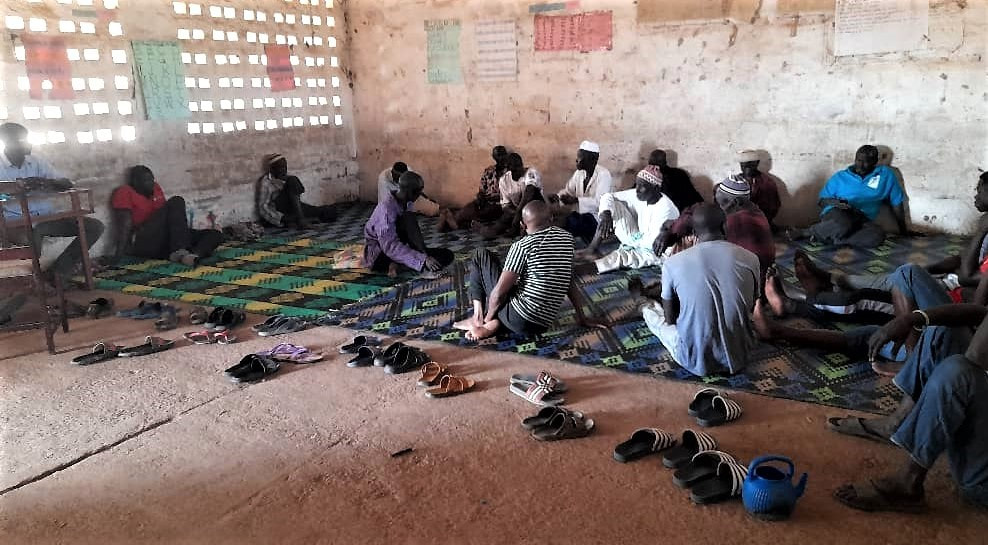 A little background on Kuli Kunda: When Alieu arrived there in the fall of 2019, Kuli Kunda Lower Basic School was the smallest of three schools in the village.  The other two were madrassas, affiliated with rival mosques in competition to be the largest madrassa in town.  Kuli Kunda had just 127 students in 7 grades (Nursery through 6); 44% (56) of them were girls.

Since Alieu was coordinating GambiaRising's scholarship program in the Lower River Region, it was natural to notice that some children in the village were in none of the three schools and get them uniforms and books so they could attend Kuli Kunda school.  Most of these were girls.  Then the mothers of the community started talking to each other; a new teacher was helping students go to school. Not everyone could afford to pay the fees of the madrassa but rather than let their children go to the "government school", the husbands were keeping their kids at home; starting with the girls. Mothers came to see Alieu after school, asking if he could help their children get an education. As funds allowed, we bought books and uniforms, and by the time school closed in the COVID shutdown in March 2020, Kuli Kunda's school's enrollment had more than doubled, to 246. The number of girls had nearly tripled, from 56 to 160.  And when school re-opened in October 2020, it was up to 280.  And two thirds (186) of them were girls.

In response, the government increased the number of teachers from 7 to 9.  And of those, 7 were women. 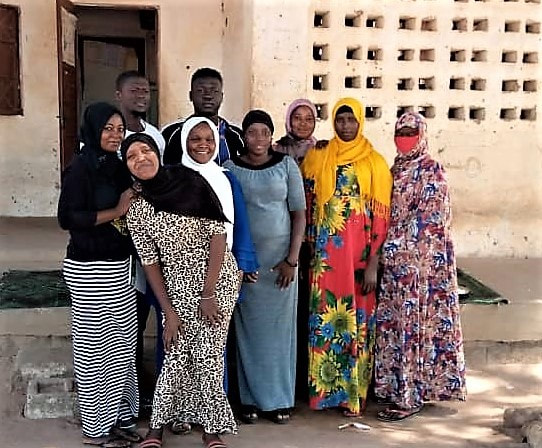 All they needed now was housing.
Proudly powered by Weebly