Please help give upcountry teachers a place to live! 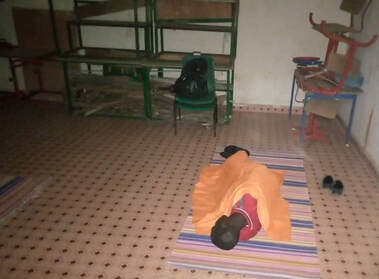 Rural families in The Gambia (mostly farmers) have many things working against them; dependence on the annual rains for their farming income; no access to electric power for most, lack of sanitation, and too-often, not even access to clean drinking water leads the country's qualified teachers to prefer to work in the peri-urban areas closer to the coast, where more amenities are abundant and the weather is milder.  For upcountry young people, an education is a necessary ingredient on the path to a better life, so it is necessary to be able to attract qualified teachers to teach in upcountry schools.  And so we are seeking to help the teachers of upcountry schools build housing for themselves.

And so after dinner, the desks are pushed back, and the teachers spread mats on the floor to sleep.
Then the School Management Committee (parents, teachers, and community members) met with GambiaRising's Upcountry Coordinator.  Some students joined in: 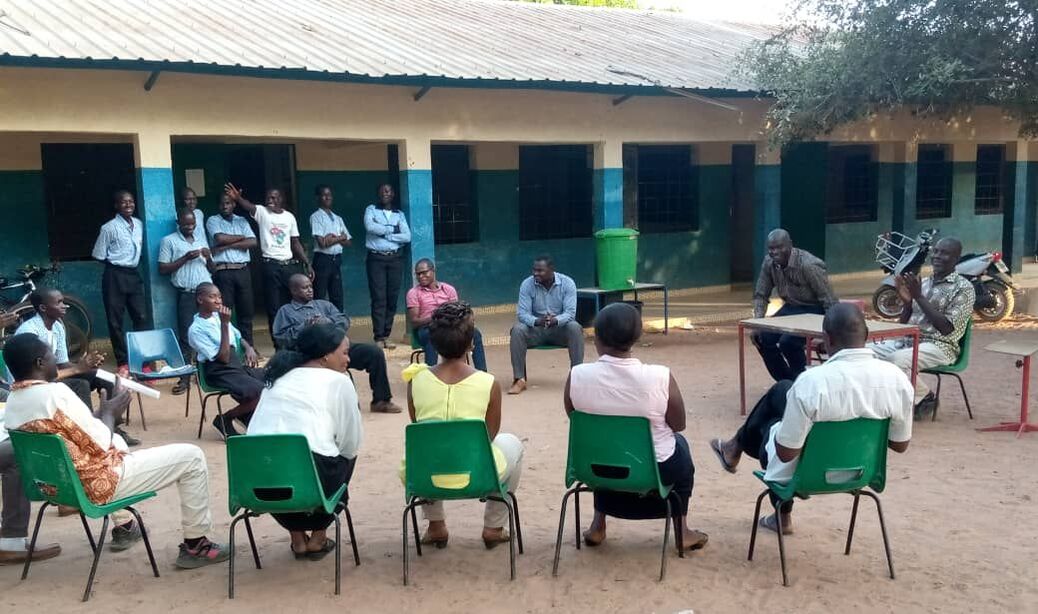 Could GambiaRising contribute funds to buy materials? If so, the parents and teachers would build the teachers' housing for the school.  We said we would try.  A returned Peace Corps volunteer and her mom offered to lead the fundraising campaign.  The Secretariat contributed land.  The parents and teachers started clearing it the next day.  ​
To kick start the process, we found several villagers nearby who had hand-made bricks for sale, and bought all they had.
We bought cement, sand, and gravel so the teachers and parents could start making the rest of the bricks they would need.  A team began laying out the locations for the foundations.  And the building began. 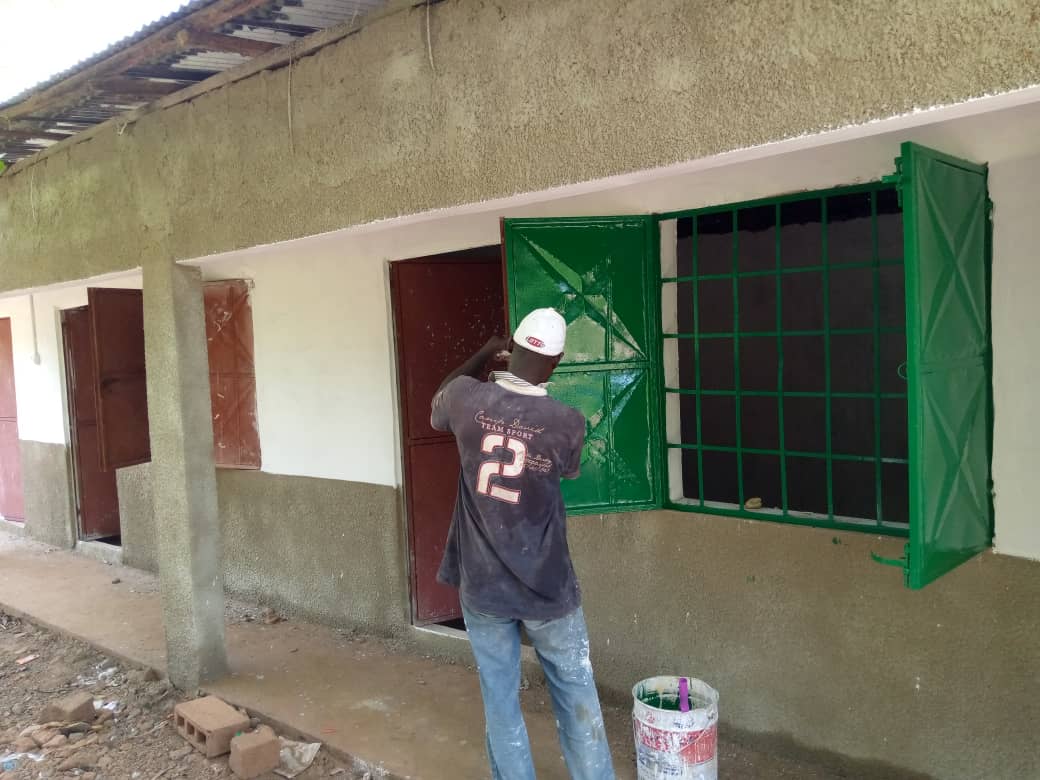 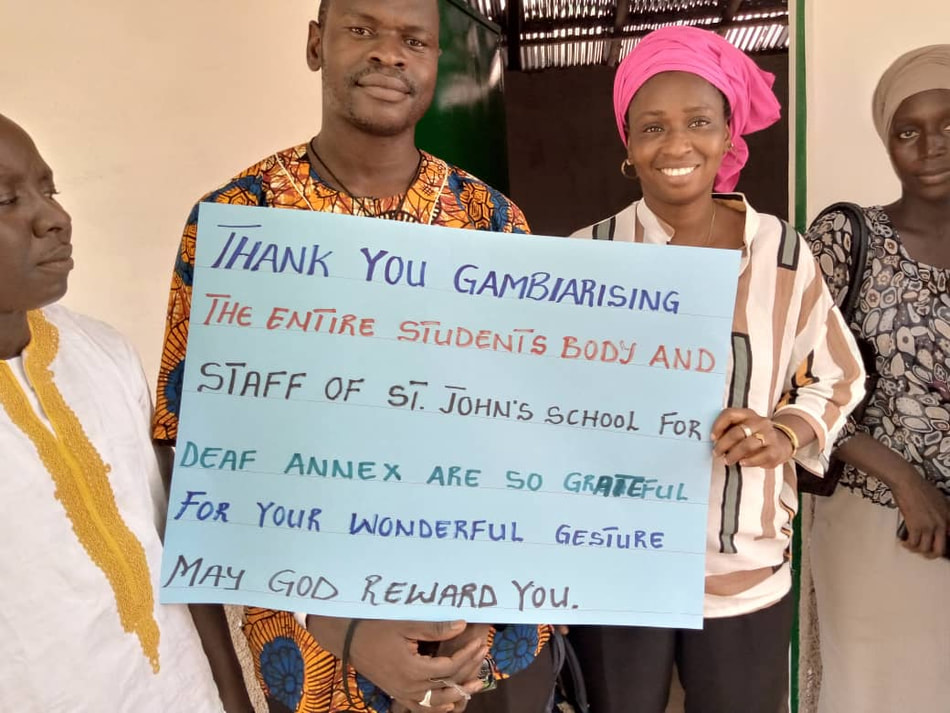 After St. John's was fully funded, we turned our attention to St. Joseph's School for Girls (Basse).  This school is one of the most important in Basse, with 1,425 girls enrolled in its 6 grades.
The teachers at St. Joseph's were on Christmas break.  When some of them heard we were going to try to raise funds for them, they began clearing land next to the school:
When we brought the first bags of cement and other materials for making bricks, they got to work:
COVID brought materials shortages, July brought rain, but when school opened in the fall of 2021, the finishing touches had been completed and 10 rooms of on-campus housing were ready for the teachers. 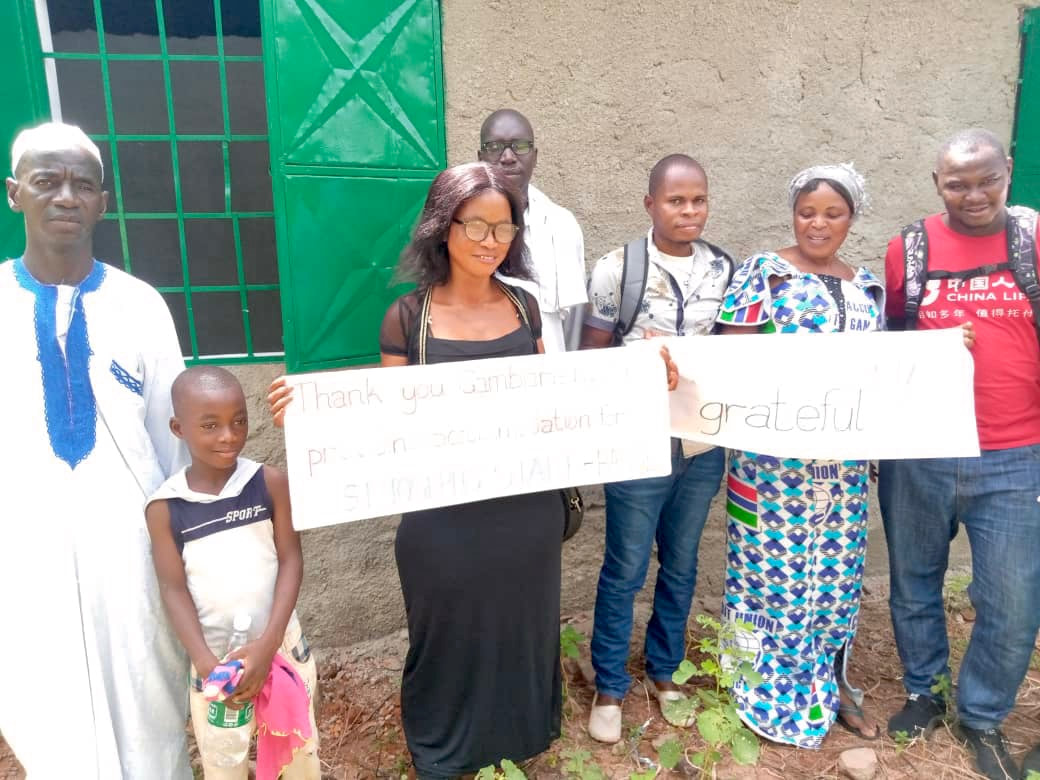 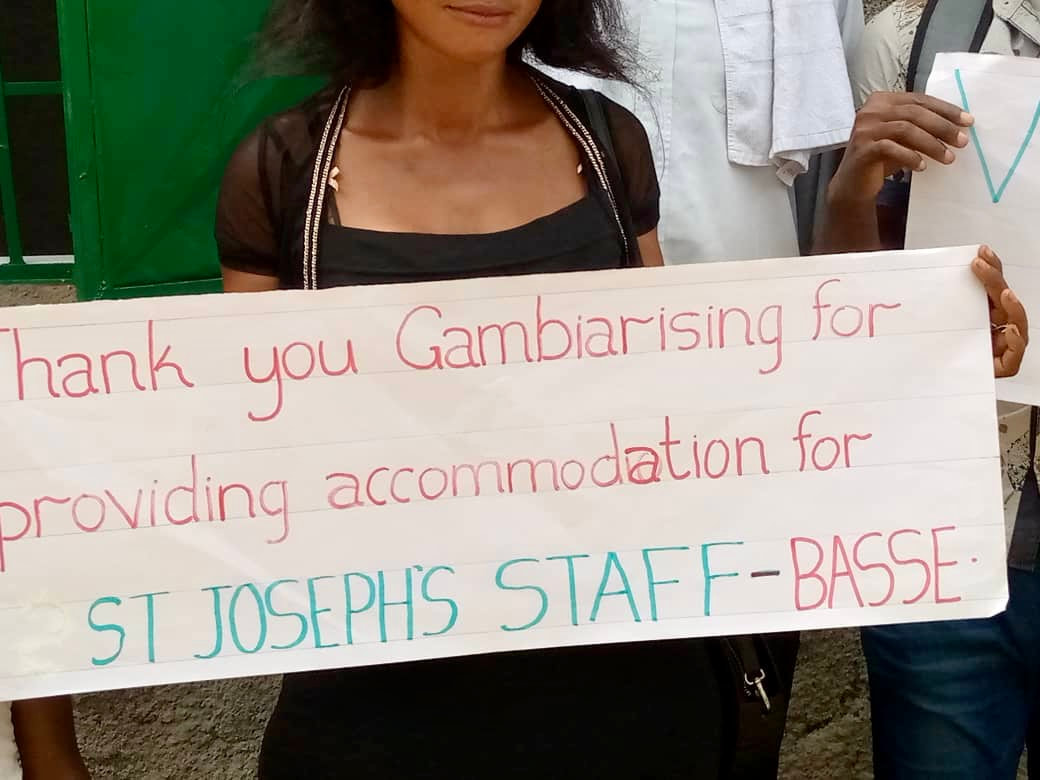 GambiaRising's upcountry program is based in the Fulladu West region of the  Central River Region.  The school in Saruja had no housing for its teachers.  But a new school library had been built a few years ago after the old one next to the schoool suffered severe damage.  They asked for materials to fix the roof, convert the library into housing, and to add private bathing areas in back of the building.