She was born to groundnut farmers in Njoben Wolof, a small community in the rural scape of The Gambia’s Central River Region. Within this community, there are thirteen compounds containing approximately 400 people. Of these people, over 50% are children of school age. A stark 7% attend formal schooling at any one of the lower basic and basic cycle schools within a 3 kilometer radius of the village. Even less pursue secondary education at our neighboring village, Freedawsy, about 5 kilometers away, and over the past ten years, three people have obtained a secondary school diploma.

While Gambian families are becoming more sensitized to benefits of their children having an education, the school systems in the rural stretches of up-country Gambia are still wholly unequipped to match educations that can be received in the more urban and expensive areas of Georgetown or Kombo, which contributes to children stopping their schooling prematurely. For young women especially, this coincides with the time they are expected to enter into marriage and find support through their husbands.
This is why, at age 16, Hawa’s parents stopped contributing to her education. Looking back at her old school records, she had always placed within the top 10% of her class. Despite her achievements, she did not have a sponsor outside of her family to rely on and had to postpone her education.

Hawa married one of the nurses at Njoben’s local health post at age 17. With his support, she was able to enroll at the Armitage School in Georgetown for grade 10 and then later at Jamisa Senior Secondary School close to Brikama in Kombo to finish out her education. For years, she lived hours from her family and village, providing household support to her husband’s mother and younger children with the goal of earning a secondary school diploma.

She accomplished this in June 2018, becoming the only one of my host mother’s children, indeed, the only person in my compound of over 90 people to graduate from secondary school. She is the first woman to have ever done this in the entire community of Njoben Wolof. Because of this, I have seen an upsurge of girls in my village attending school and fathers and mothers becoming more diligent in their efforts to support their children through their educations.

Further, she is setting even more of a precedent by being the only woman from the village to pursue a tertiary education.

Hawa wants to become a financial consultant. So often she has seen financial illiteracy affect people in her village. Microloans are distributed freely to those who don’t understand their terms. Budgeting and insurance are nonexistent terms for those who have so long lived from season to season, totally dependent on crop yields. This perpetuates the cycle of poverty that is so apparent in Njoben, perpetuates the trend of parents not being able to provide for their children adequately. She wants to change this.
Unfortunately, tuition at the Management and Development Institution of The Gambia is more than her husband or herself can afford. A two year program (four certificates total) at the college that would give her the credentials to work as a banker or consultant, plus the cost of lodging, books, and travel, is exorbitantly expensive for a young Gambian family.
​
Meanwhile, Hawa is not in school and is actively looking for sponsors. 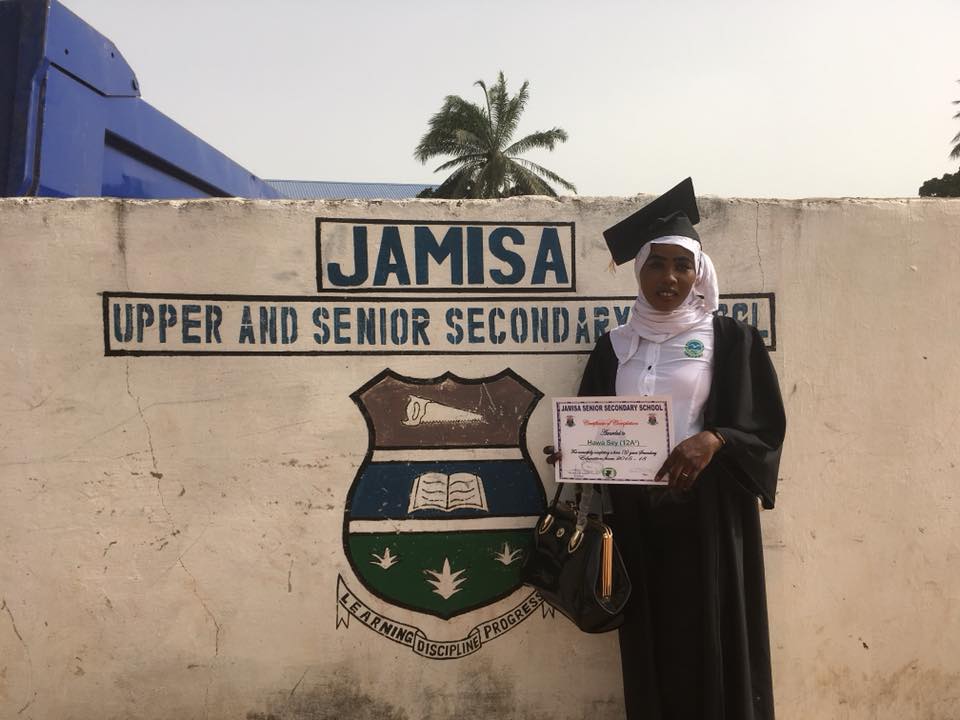