Over the next few years, Jon teamed with GambiaRising to improve St. Therese's school; he funded the repair of the school's pump, then the renovation of the school's kitchen to save fuel and produce less smoke, and then the building of several new units of teachers' housing at the school. But when he learned that he would live less long than he had planned, Jon talked with Kebba and with us about upping the ante, in a big way.  St. Therese's only goes through 9th grade.  After that, students have to move to another town if they want to stay in school. And while GambiaRising's scholarship program funded dozens of St. Therese's students to do just that each year, too many did not go, and those who went often suffered from the stress of living with strangers or distant relatives, and going to large schools where they knew no one. So the idea was a big one: build a senior secondary school in Fula Bantang.
And so we began, raising funds as we went along.  The 10th grade classrooms opened in January 2016, and the 11th grade classrooms opened in September.  The school is not fully funded, but we are determined that it become so.  Three buildings are complete and a fourth, the school's labs, are underway. Jon took great satisfaction in seeing this dream come to fruition over the past two years.  At one point the school asked for permission to name the school St. John's but Jon would hear nothing of it. So St. Therese's Senior Secondary School is its name, sister school to the elementary and junior high school next door.
You can read more about this project by clicking here.
Or if you've read enough, you can support the completion of this dream of Jon's here: 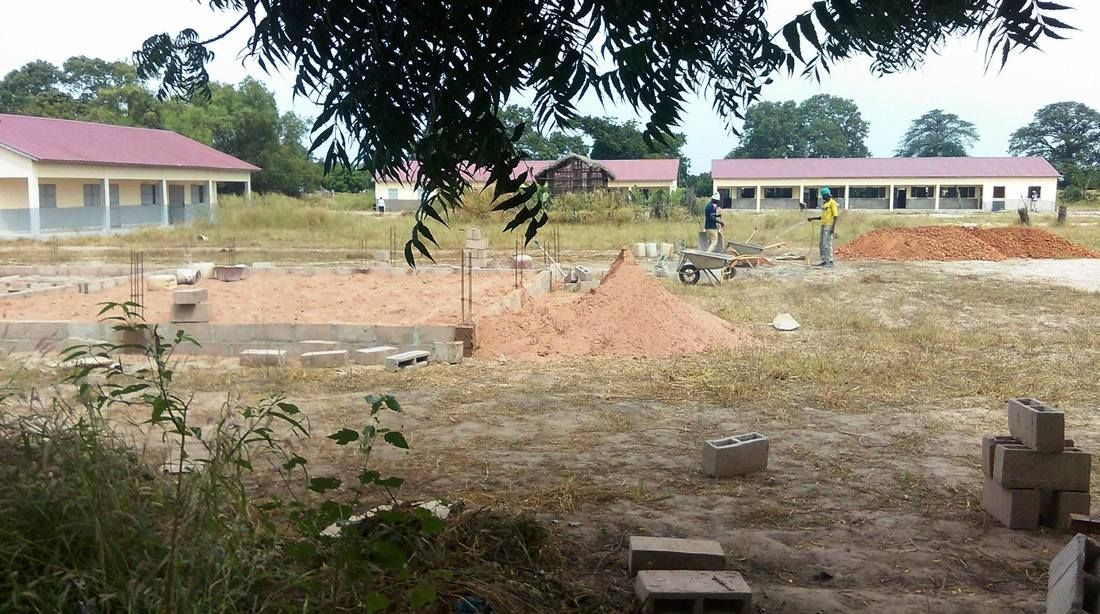